Work in pairs. Ask and answer the following questions.

B: We call these animals “panda, rhino, tiger and elephant” respectively.

A: In which sort of habitats can you find each of these animals?

B: Pandas can be seen in bamboo forests in mountain in central and western China. Rhinos can be found in grasslands and tropical or sub-tropical forests in Africa and southern Asia. We can find tigers in forests, grasslands and swam in Siberia, Southeast Asia and Southern India.  Elephants can be seen in small areas of India, Sri Lanka, China, and Southeast Asia, and the Sahara desert in Africa.

A: Which of these animals can be kept as a pet or used for food or medicine?

A: Which of them is / are endangered?

B: Pandas, tigers and rhinos are endangered. 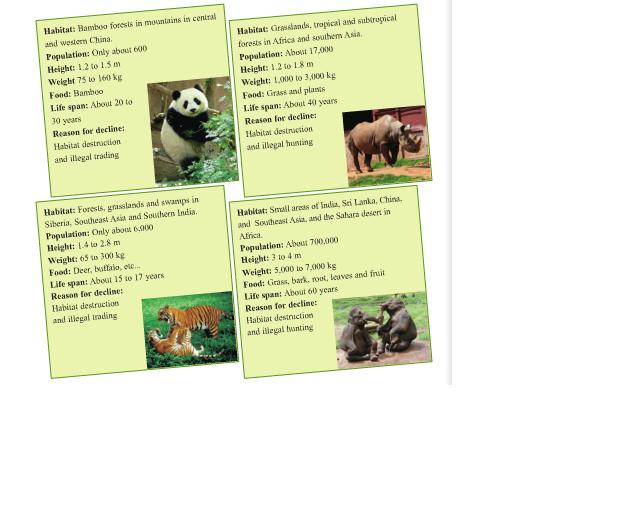 Work in groups. Take turns to give an oral report on the animals mentioned in Task 2.